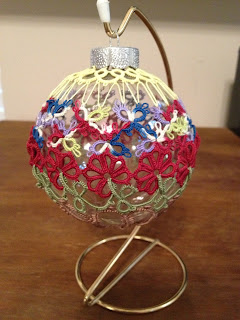 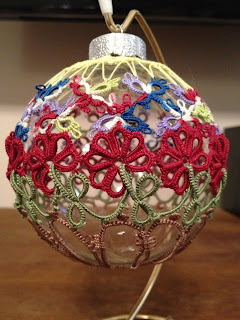 You've created a beautiful piece of tatted art! I love the rays of the sun shining down on the butterflies!

That is a beautiful ornament! I really like the symbolism of all the elements. Thanks for sharing.

That is a really awesome ornament!!! :) You did a wonderful job!!! :)
It's truly hard to get a good picture of a glass(or clear) round ornament that is tatted on!! :)

So much work, and so pretty